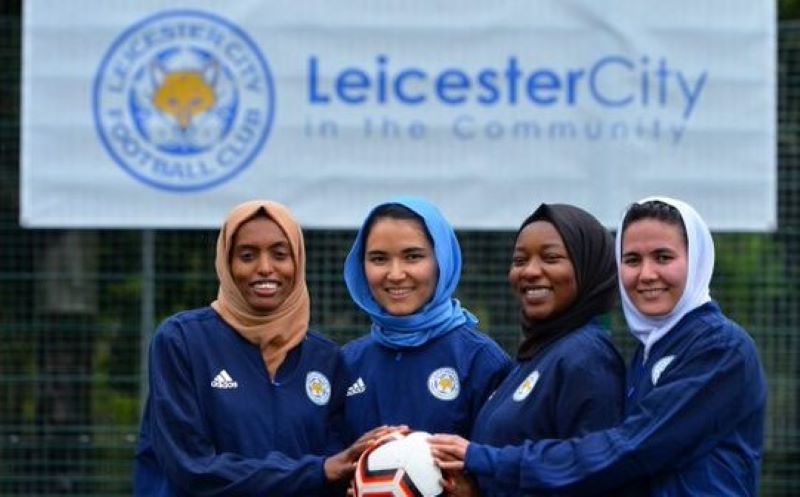 Amnesty International UK, in partnership with The FA, have launched a free guide and online training series to increase refugee women’s participation in grassroots football.

The guide will help coaches, clubs and their foundations, county FAs, and others to set up football sessions with and for refugee women and girls in their community.

A number of football clubs across the country currently run free weekly football sessions with refugees to support fitness, help people feel part of the local community and reduce social isolation. But these sessions are often targeted at men and boys.

Amnesty and the FA hope this new guide will tackle this disparity and offer refugee women and girls across the country the same opportunities as men and boys.

The 15-page PDF good practice guide and online webinar training series will be available to download from Amnesty’s website from Thursday 21 January.

The guide includes information on:

This new resource – which features key case studies from clubs including Aston Villa Foundation, Club Doncaster, Leicester City in the Community, Middlesbrough FC Foundation and Liverpool County FA – has been developed as part of Amnesty UK’s Football Welcomes programme, supported by players of the People’s Postcode Lottery, which highlights the role football can play in creating communities more welcoming to refugees. In 2019, more than 170 football clubs across the UK took part in the Football Welcomes weekend.

“We know the vital role football can play in helping refugees and people seeking asylum settle into their new community, make friends and connections, and learn English.

“Women and girls, just as much as men and boys, have the right to the potentially life-changing benefits that participation in recreational football can bring.

“We are proud to work with the FA to deliver this and help to ensure the beautiful game is open to all.”

“We know that football has the unique ability to unite people and break down barriers while improving wellbeing. As English football’s governing body, our key priorities include increasing participation and ensuring the game is accessible for everybody, including all women and girls regardless of their age, background, or circumstances.

“This guide will ensure coaches, clubs and organisations are better equipped to use the power of football to support female refugees and help them integrate into their local communities. We are now seeing more women and girls than ever enjoying the game at all levels and, through important partnerships such as the one between the FA and Amnesty International UK, we can ensure the game becomes truly inclusive and keep driving participation forward.”

The official partnership between Amnesty UK and the FA began in 2019, with the FA funded Amnesty’s Women’s Football Officer post – an innovative new role which focused on helping to welcome refugee women and girls, and those seeking asylum into their communities using the power of football.