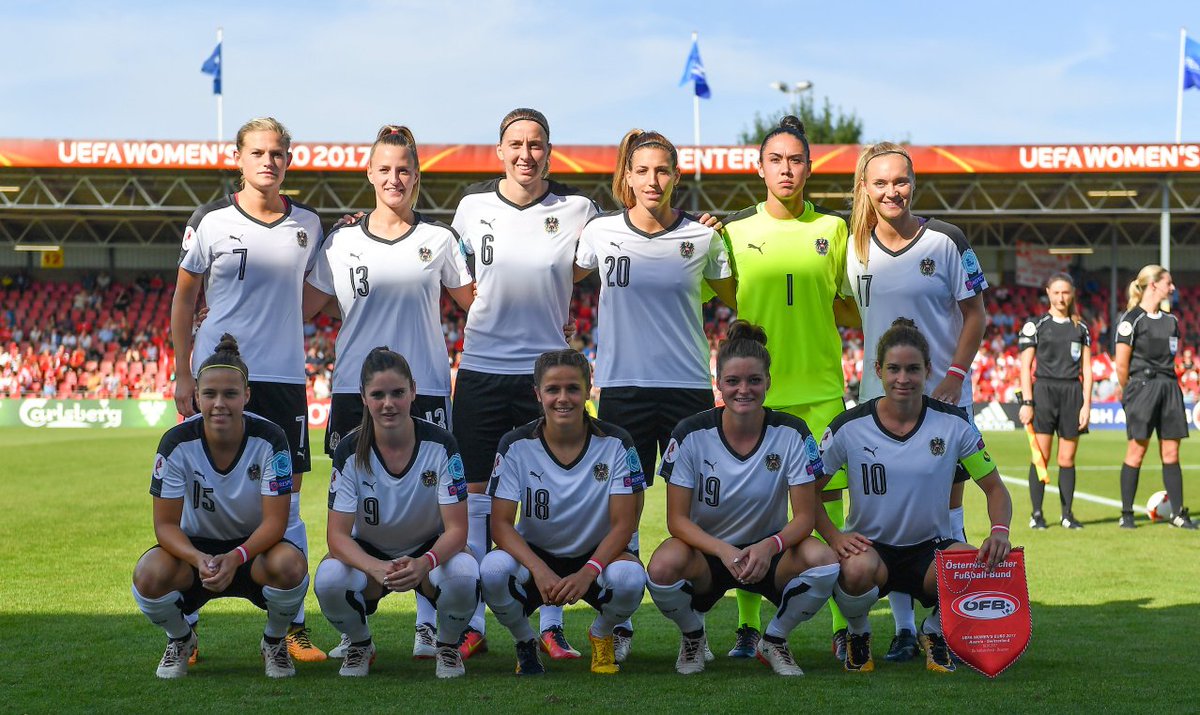 Debutants Austria claimed their first ever Euro finals victory, when defeating Switzerland by the only goal in Deventer.

Austria took an early lead after 15 minutes through a clinical Nina Burger finish after a fine pass from Sarah Zadrazil.

Although the Austrians lost Lisa Makas with a head wound, the Swiss remained frustrated at the interval.

Burger might have struck again early in the second half but shot wide following a goalmouth scramble.

Switzerland’s Rahel Kiwic saw her powerful header cleared off the line by player of the match Sara Puntigam but on the hour mark Kiwic was shown the red card for pulling down Burger as she went through on goal.

Puntigam’s powerful shot was then well saved by Gaëlle Thalmann, as Austria looked to seal the points.

The Swiss went close to an equaliser but Vanessa Bernauer’s effort was turned round the post by Manuela Zinsberger and a Ramona Bachmann shot took a deflection just over the bar.

A fairly uneventful first half in Tilburg saw Spain frustrating with a lack of penetration and Austria repeatedly thwarted by the offside flag. Spain’s Vicky Losada had a deflected effort which bounced awkwardly for Manuela […]