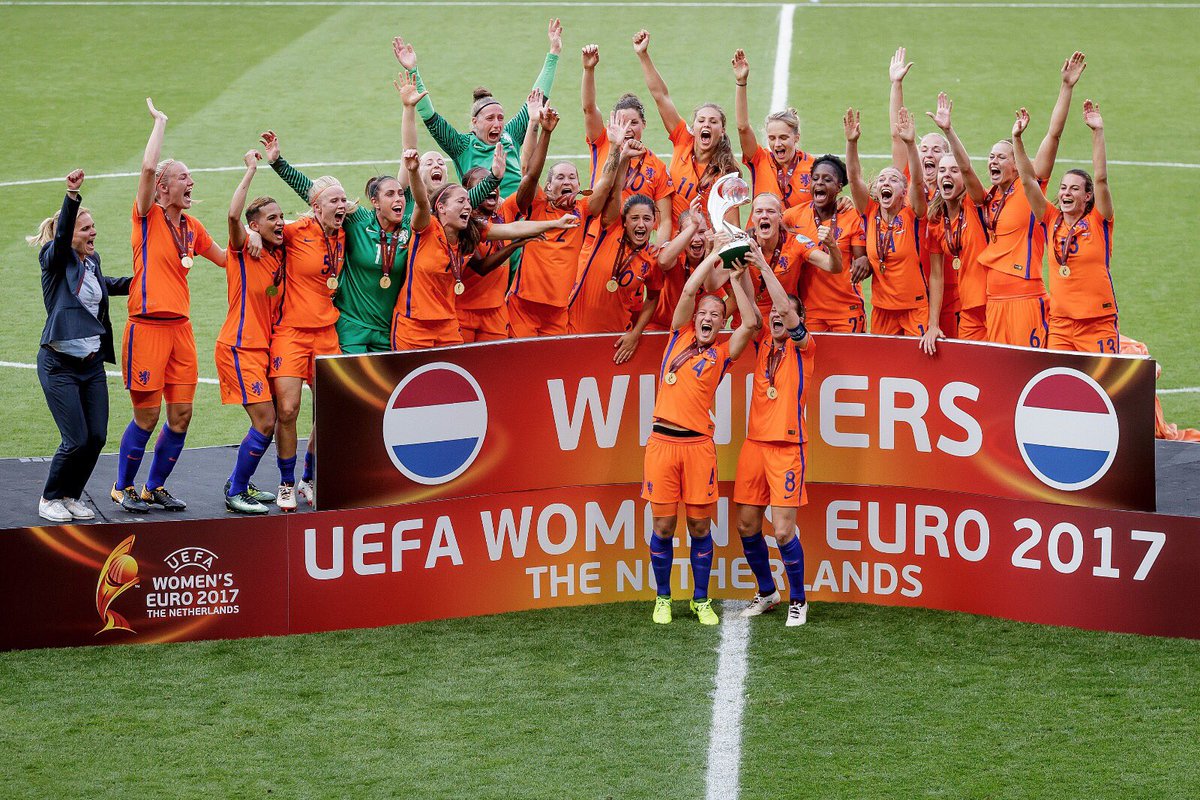 A Vivianne Miedema brace helped the Netherlands became Euroean champions for the first time, as they defeat Denmark 4-2 in a thrilling final.

The Danes struck first in front of the sell-out 28,182 crowd at FC Twente, as Nadia Nadin converted an early penalty but the lead was shortlived with Miedema levelling on 10 minutes.

Lieke Martens had the home side ahead from 20 yards on 28 minutes but within 5 minutes the score were equal again, as Pernille Harder hit back.

Player of the Match Sherida Spitse then put the Netherlands 3-2, firing home a free-kick 6 minutes after the interval.

The outcome was not settled until the penultimate minute, when Miedema netted her second goal of the game.

Despite her efforts on the day, the new Arsenal signing fell one short of Jodie Taylor’s Euro2017 tally and her club team-mate took the Golden Boot, while Martens was the Player of the Tournament.

Pictured – Lieke Martens on the attack. (onsoranje.nl) The first quarter-final of EURO2017 saw hosts the Netherlands defeat Sweden 2-0 in Doetinchem and set up a clash with England or France. The Dutch had the […]