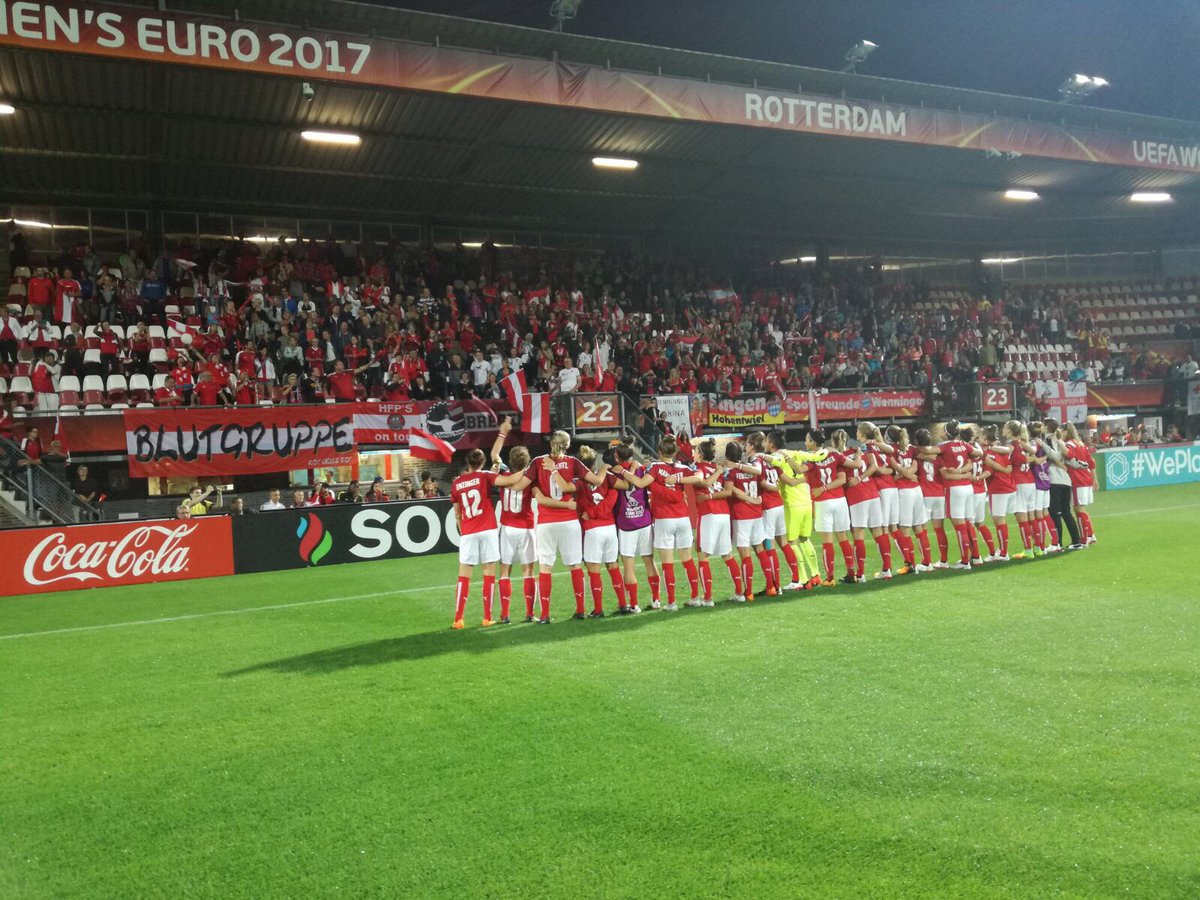 An early red card and goal conceded put France’s progress in question but Switzerland were unable to fully make their advantage pay.

Claire Lavogez was left frustrated by an impressive save from Swiss keeper Gaelle Thalman but moments later the French had much more to be concerned about.

In the 17th minute, Ramona Bachmann burst forward and went down after colliding with last defender Eve Perisset 25 yards out, with the full back consequently sent off.

Camille Abily forced Thalman into a smart low save and later Switzerland’s Lara Dickenmann did likewise at the other end, with Sarah Bouhaddi making the stop.

France were level with 15 minutes left, the goal again coming from a free-kick but Thalmann was at fault for allowing Abily’s effort to fly straight in.

The last kick of the match was a Bachmann set-piece which could have changed everything but it was hit straight at the keeper, as Les Bleues went through and Switzerland prepare to go home.

Austria made sure of clinching top spot in the group, two goals in an eight-minute spell setting up a clear win over Iceland.

The Austrians were gifted a 36th-minute lead after Gudbjörg Gunnarsdóttir made a mess of a cross and Sarah Zadrazil gratefully netted.

Nina Burger doubled the lead a minute before the break, turning the ball home from another right-wing delivery which was glanced on by the head of Zadrazil.

Stefanie Enzinger came off the bench to get the third goal for Austria in the penultimate minute, following up a parry by the keeper to score.

Peyraud-Magnin: “In England, passion for football isn’t a gender issue, it’s part of the English DNA.”

Being a goalkeeper can be the most unforgiving of positions, with any error often leading directly to a goal, while within the game there remains a long-standing reluctance on the part of coaches to rotate […]

Germany set up a quarter-final tie with Denmark after defeating Russia 2-0 to win Group B, Sweden are through to face the Netherlands despite a 3-2 loss to Italy. Although the holders had an early […]

England were dealt a late blow as Viviane Asseyi scored late to secure victory for France, handing Mo Marley a defeat in her first game in charge of the Lionesses, reports TheFA.com. Goalkeeper Siobhan Chamberlain […]