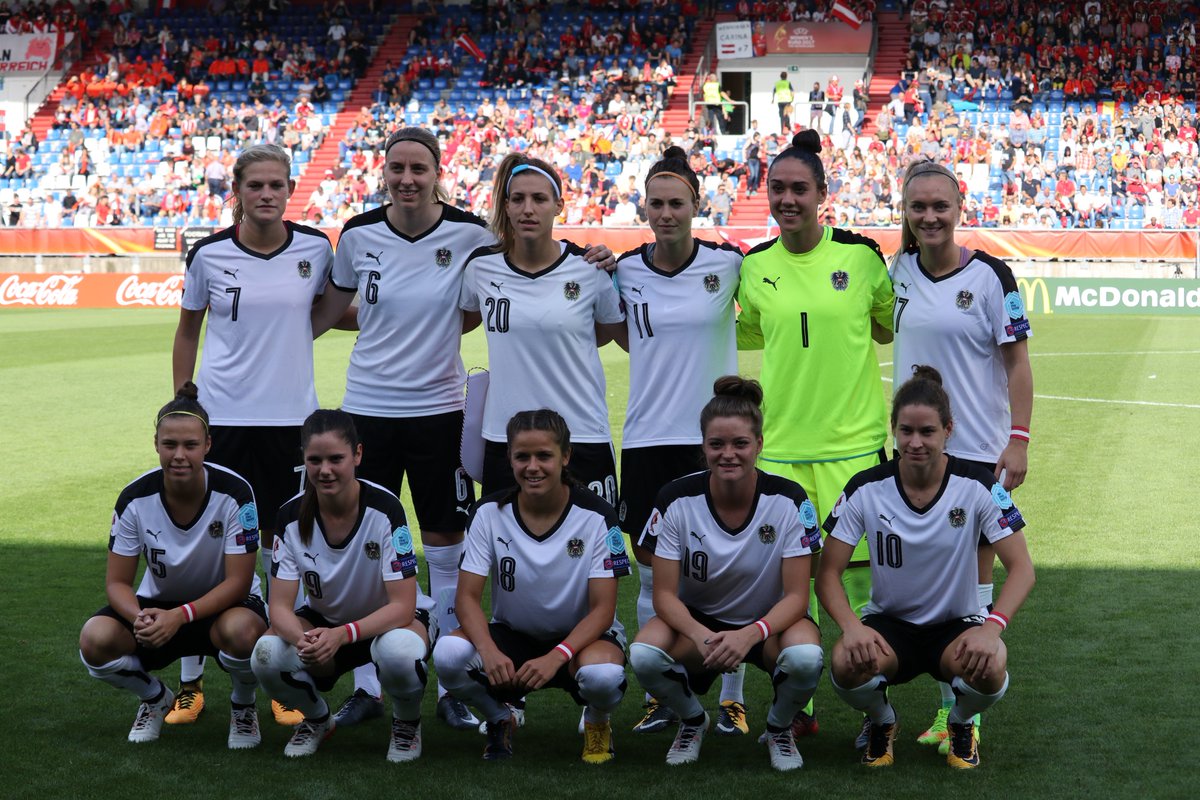 A fairly uneventful first half in Tilburg saw Spain frustrating with a lack of penetration and Austria repeatedly thwarted by the offside flag.

Spain’s Vicky Losada had a deflected effort which bounced awkwardly for Manuela Zinsberger before being turned round the post and in the same spell, Silvia Messegeur went close.

Austria’s best chance of the half saw Laura Feiersinger’s cross met by Nicole Billa, who could not quite help the ball toward goal from an acute angle.

Amanda Sampedro’s strike from outside the box was only narrowly wide of Zinsberger’s far post, while Messgeur might have done better when set up by the same player.

Austria lost a distressed Lisa Makas shortly before the break, having jarred her knee during an innocuous challenge.

Nadine Prohaska got in a header from a corner early in the second half. which Spanish keeper Sandra Paños gathered at the second attempt.

Messegeur’s deflected 40-yard strike reared up but Zinsberger was able to turn it away from the top corner.

Nina Burger got in behind but Marta Corredera saw her out wide for a corner and when Feiersinger collected a poor clearance to brake into the box, the offside flag yet again frustrated her side.

Extra-time was confirmed as Jennifer Hermoso’s shot dropped inched over the Austrian bar with the final kick of normal time.

An unremarkable half-hour of extra-time saw Sampedro get a shot away early from a through ball but the keeper got back to cover it.

When it came down to a shoot-out to separate the sides, Austria netted their first three and had the advantage when Zinsberger dived to palm away Messegeur’s spot-kick.

Sarah Puntigam then sealed the tournament debutants’ place in the last four, converting to give them an unassailable 5-3 lead.

Austria now face Denmark in the semi-finals on Thursday at Breda.

Spain are the latest nation to seal their place at the 2022 Women’s Euros in England, following a thrashing of Azerbaijan. A 13-0 win away to Azerbaijan on Thursday 18 February took Spain out of […]

#U17WWC : Mexico to meet Spain in the final

Mexico have made it through to their first ever FIFA U-17 Women’s World Cup final and will face Spain at the Estadio Charrúa in Montevideo, Uruguay on Saturday 1st December. A Nicole Pérez penalty inside […]

A first half brace by Clàudia Pina was enough to see Spain defeat Mexico in the final of the FIFA U-17 Women’s World Cup at Estadio Charrúa in Montevideo, Uruguay. Player of the tournament, Pina […]